​The C.I.C. (Community Interest Company) was set up to be as lean and mean as is possible, limited by guarantee with a small membership. In our case with three director/members with differing skills from three sectors of our Community. Currently serving are: 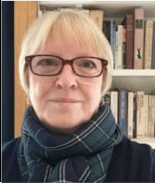 ​Anita has served as the Chair of HOWLS (Hay-On-Wye Library Supporters) since its inception on 17 October 2016. She also serves as President of the National ​Assembly of Women. 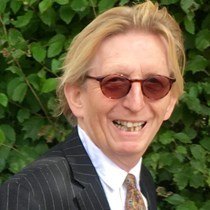 ​Michael has extensive experience in ​running charities and non-profits in Europe and the USA. In 2005, he ​founded the first CIC in Powys (only the second in Wales) -​ ​The Department of Enjoyment.org​ - ​the legal structure behind David Eveleigh's legendary Hay-on-Fire. ​He went on to set-up the charitable and non-profit legal structures for Hay2Timbuktu, Jump4Timbuktu and Tuareg Relief for the twinning between Hay on Wye and Timbuktu. 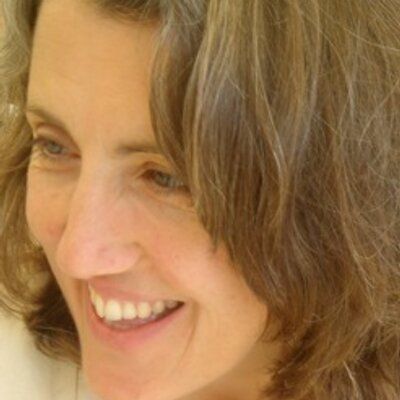 Public Libraries Transform Lives™ and we challenge the State’s current status quo to abrogate from their responsibility to provide Free Public Libraries as a fundamental building block of our Welfare System. We believe in challenging the status quo and we reach out to all those who share our belief to join us - that means you!

(This is a community initiative - Contact us - Join our Mailing list - Scroll down to 'We Need your Help' - below - and see what we are up to.)

How will we do this?

We challenge the status quo by partnering with the State and innovating the very concept of the Public Library so it becomes a pivotal link between members of our community and their collective search for knowledge, and connectivity. Our Public Library needs also to be re-invented and recognised as the primary local interface between our Community and the State.

What are we intending to do...

We will be supporting the provision of Public Library services, and here is our current thinking:

The driving force behind the Hay Public Library.org CIC's activities has to do with community ownership: ownership by the community which is raising money from its own pockets to attain five years of security for our Library; ownership of the activities we collectively innovate in re-inventing the modern Library; and ownership of the administrative relationship between the State and the Community - where the first physical port of call for both parties becomes our Public Library.

What is a C.I.C. (Community Interest Company)?

It is a community company regulated by Companies House with a commitment to social change and with locked assets. Specifically it has no shareholders to benefit from profit-making, and in our case, it's ​director/members work for free. ​It's purpose is to provide resources for community activities, organisations and groups. Any assets held on the winding up of such a company, must be gifted either to a Charity or another C.I.C.

History: - The need to formalise the community organisation structure came from the NVCO (National Council for Voluntary Organisations) in London in the late 1980s. The problem they had was how to create an organisation owned by a Charity which could be permitted to ‘trade’. Up until then Charities were trading illegally. Mike Eccles, one of our ​directors, was informally part of the discussion, led by Lindsay Driscol, then Head of the NVCO Legal Department. Mrs Driscol went on to write the legislation for the Charity version of the C.I.C. (the C.I.O.) and was later appointed as a Charities Commissioner. The success of the C.I.O. was in part the driver which eventually resulted in the C.I.C. company structure being rolled out for non-charity community organisations in 2005. [ It took 2​7 years to materialise​, however ​by 2017/18 14,000 companies were ​registered as CICs, and the numbers are growing ].

The C.I.C.’s Company OBJECTS - what it is legally permitted to do

​We Need Your Help!

There are many ways in which you can help us - here are just a few:


LIBRARIES GIVE US POWER

Hay Public Library.org C.I.C.  is a non-profit Community Interest Company set up by our Community to protect our Library from closure, re-invent it for the modern age and massively expand it's reach.

Any cookies that may not be particularly necessary for the website to function and is used specifically to collect user personal data via analytics, ads, other embedded contents are termed as non-necessary cookies. It is mandatory to procure user consent prior to running these cookies on your website.